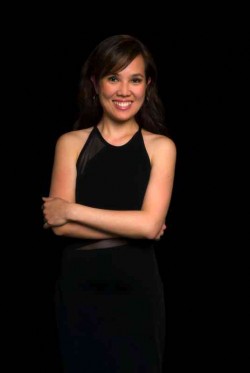 Steven Lemay
Patricia Shih
Tweet
PATRICIA SHIH, Violinist, became a pupil of the legendary Josef Gingold at Indiana University at age 14. He described her as "one of the greatest talents that I have ever taught. Her great technique, inborn musicality, sense of style and virtuosity are unequalled." Patricia has appeared worldwide as soloist and recitalist in major halls including Wigmore Hall in London and Carnegie Hall in New York performing the Wieniawski Concerto No. 1 at age 15. The same year, she won the Special prize at the Wieniawski International Competition in Poland. She is the recipient of numerous awards, including the Sylva Gelber Award for the most outstanding young Canadian musician and the Mozarteum prize in Salzburg. Patricia has performed as guest soloist with major orchestras such as Royal Philharmonic, Halle Orchestra, Toronto, Singapore and Seattle Symphonies, National Orchestra of Mexico, Munich Chamber Orchestra and the Polish National Radio Orchestra. Her DVD of Vitali's Chaconne was featured on the Classic FM Channel across Europe. Recently, a half-hour documentary on Patricia's career was televised on the Biography Channel across North America.